Staff trained in under two days

WLB Metaal, a sheetmetal subcontractor based in Valkenswaard, Netherlands, has driven their Muratec Wiedeman Vectrum 3000a turret punch press with its originally provided software for 8 years. As business increased a number of problems became significant. There was no form of automatic nesting and there had been no updates of the software for around 7 years. Furthermore the creation and amendment of parts was extremely labour intensive and prone to error. In 2007 WLB decided to replace their CAD and CAM systems and, after researching the marketplace narrowed their selection to two systems, one of which was JETCAM.

Mark Meuwissen, CNC Programmer, said;”During the comparison process it was clear that JETCAM was more efficient. It was also easy to use. The fact that it was in Dutch language with local language support was also important to us.” 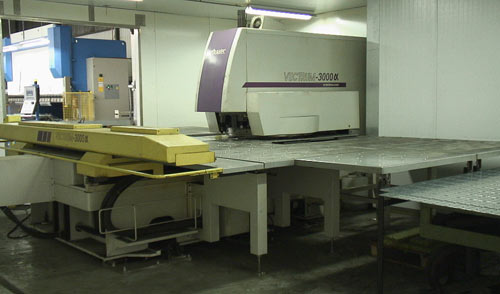 A license of JETCAM Expert 1 was supplied and installed in April 2007 by local JETCAM reseller Widenhorn Industriële Automatisering, who also supplied a license of Autopol 3D CAD software to work in conjunction with JETCAM.

Mark was provided with training which took a day and a half. He added; “I was able to understand how to work with JETCAM straight away. As I already know AutoCAD many of the icons are similar, so it was very easy. Before the trainer left I could design a part, nest it and generate NC code.”

What was immediately noticeable after installation was the speed at which new parts could be created and existing parts could be amended. Previously, if a part needed to be modified, the tools required to make that part had to be specified before the part was designed. Now, Mark designs or imports the part and then applies tooling information, selecting only the tools required from his entire library. This has reduced reprogramming of parts or the design of new parts by 50%. Enhancements elsewhere have reduced overall programming by 50%. 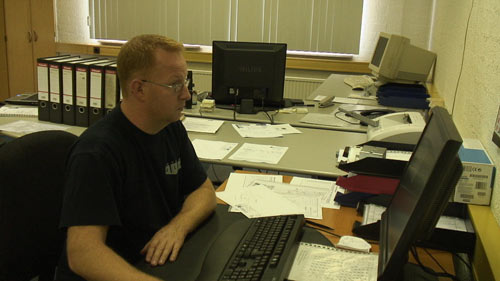 Single Component Automatic Processing (SCAP) massively reduces the time from DXF to nest, with Mark able to import, tool and nest a single component within seconds.

A further benefit has been the machine runtime, which has seen an average improvement of 10-20% due to a much more optimised cutting path.

WLB also has a Bystronic Laser, currently driven by the manufacturer’s own software, and are considering consolidating their CAM by purchasing another postprocessor to drive it. This will allow them to immediately apply profiling information to their entire existing database of components, making them instantly available to run on either machine as required.

René Smits, Director concluded; “What I can see from a management view is that JETCAM has delivered a 95% improvement. The remaining 5% is down to us to change our habits to take full advantage of it. I believe that JETCAM has been a good solution for us.”