When ordering components customers can now specify a desired sheet size and material stock item on a per-component basis, which will override default settings. This gives customers feeding orders from MRP a greater level of control.

Searching for components on the orders screen has also been simplified. Where users are using multiple order tabs, perhaps for different machines or shift patterns, they can now enter a component name and immediately see which order tabs the component is included on.

Component identification within the advanced reports designer has been completely rewritten to handle many more scenarios, such as extremely small components where text could not be easily placed on-screen. Customers also have the capability to modify order IDs on previously created nests – useful when reusing a static nest against a new order and then exporting information back to MRP/ERP.

The batch nest reports generator has also been replaced, vastly improving rendering time for multi-nest, complex reports, resulting in higher resolution nest drawings. A new option allows for components to be coloured on the nest and in tabular data, making part identification much simpler. The PDF generation engine has also been upgraded. 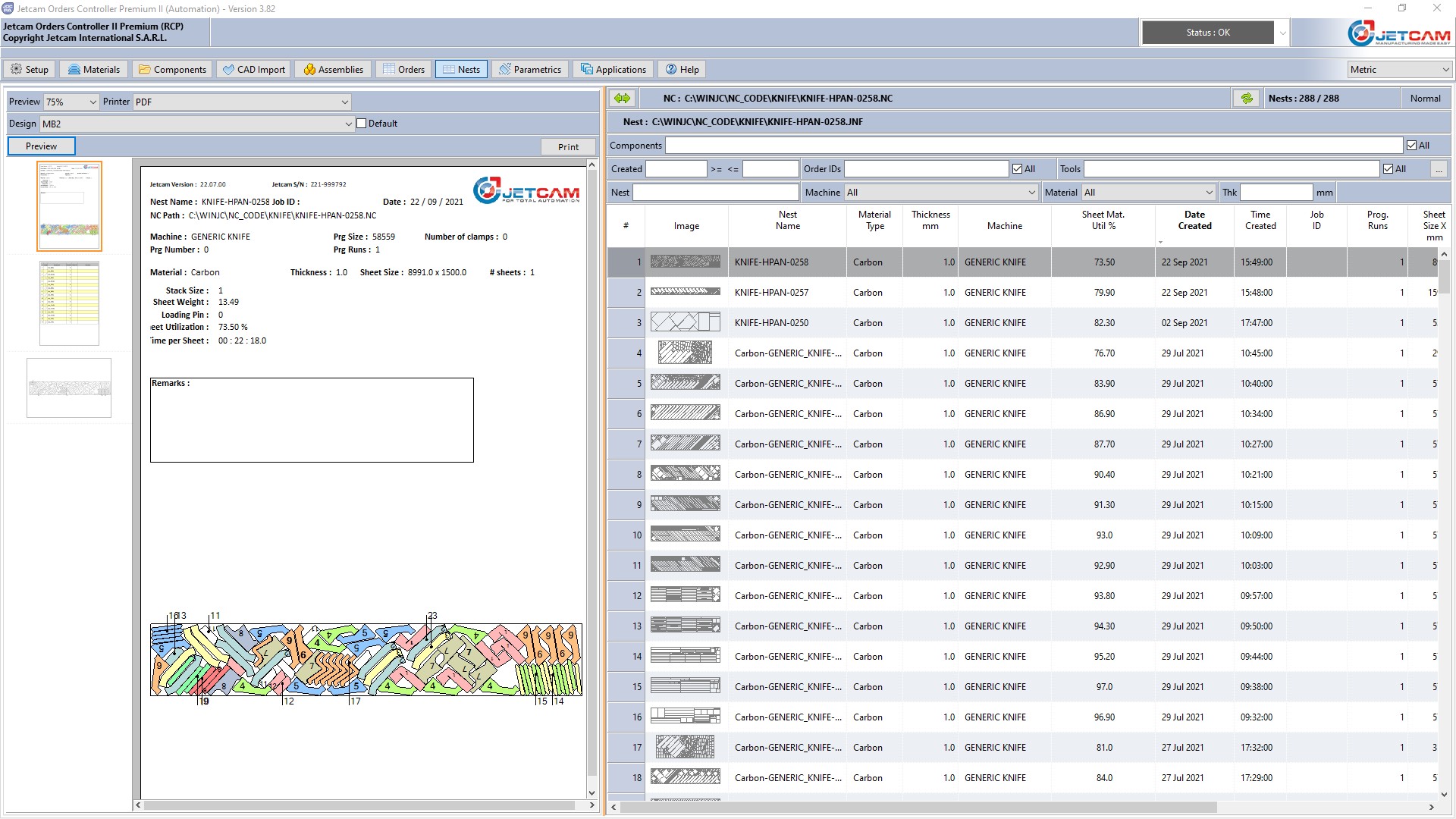 Single and batch nest reports can now also include additional machine technology information, where such information is available in the postprocessor. This might include information such as lens, gas and nozzle data.

The support logging feature has been considerably enhanced, logging more scenarios to help identify issues such as network or file permissions problems that may prevent standard and automated operation. As an additional measure, JOC also automatically backs up both the assembly and order databases, so that customers can be back up and running in seconds after a network or power outage.

Said Martin Bailey, General Manager; "JOC has always been about simplifying the process of moving from CAD drawing to NC code. Features in v3.82 continue to simplify or even completely automate the import and nesting process, providing the information loop back to MRP/ERP. The new logging and backup features also help keep customers secure in the event of PC or network issues."

This release also includes numerous other performance and feature enhancements. Existing customers under maintenance can download JOC for free. Videos covering the new features are available online in the JETCAM University.