JETCAM today announced that 2016 sees the company celebrate its 30th anniversary. Since 1986 the company has grown to be a dominant force in the CADCAM and nesting market for sheet metal and composite manufacturing through its award-winning JETCAM Expert range, with over 9000 licenses spanning 82 countries. 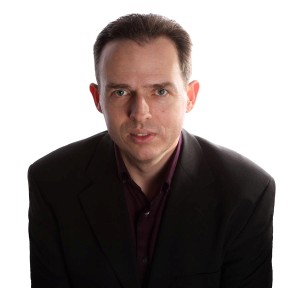 The company was founded by Ivan Stern and Bill King in Australia in February 1986, relocating to Germany in 1990. With several machine tool manufacturers selecting to bundle the product with their machines, the company grew rapidly and subsequently relocated to the South of France in 1993.

The product range covers CADCAM, nesting, DNC, job scheduling, and CrossTrack - JETCAM’s award-winning materials, material life and nest management suite serving the aerospace and sheet metal fabrications industries. JETCAM’s products have been nominated and commended several times for the various awards around the world due to the demonstrable return on investment the customers saw. Key areas such as machine runtime, programming time and material utilisation combine to see an ROI that can often be measured in months, not years.

Martin Bailey, General Manager for JETCAM International s.a.r.l. commented; “Since the company started it has evolved into new markets and the customer base that we serve has broadened dramatically, especially over the last decade. It’s humbling to see JETCAM products used in so many different types and size of company around the world – from the small subcontractors up to the multi-nationals. Right now we’re building on this, furthering our automation and extending our reach into other areas of the shop floor with new products aimed at simplicity and connectivity.”

JETCAM's product range comprises of its core Expert nesting software, which can either be used as a standalone CADCAM and nesting system, or in conjunction with third party products such as JETCAM Orders Controller, CrossTrack or external systems such as ERP or MES systems. JETCAM also develops support for third party hardware systems such as material loading/unloading and laser identification systems.