JETCAM announced a series of awards for its reseller during its global reseller conference, held at the Rydges hotel in Kensington, London on 10th September. The awards, covering five categories were in recognition of the outstanding contribution that the companies had made both to JETCAM and to their individual customers.

The categories and winners were:

Awarded to JETCAM Composite GmbH, formed in 2013 in Germany and who in only 18 months has become one of JETCAM’s top ten resellers worldwide, focussing on the Swiss sheet metal and European composite manufacturing markets. The award was collected by Frank Middelhove, Technical Manager and Stefan Dragitsch, Sales Manager. 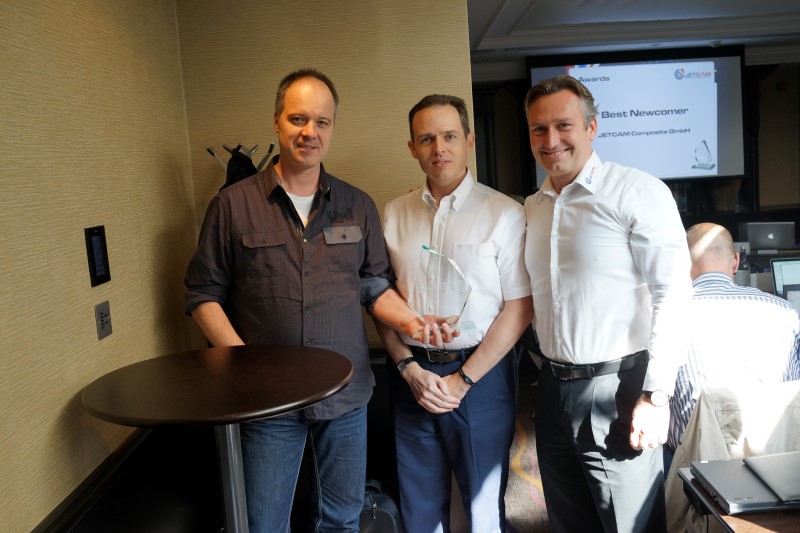 Due to the strength of competition in this category two awards were given. The first was awarded to Zinetti Srl in Italy for their implementation at Nuova Era, interfacing to a Mitsubishi laser with unloading system. The award was collected by Maurizio Zinetti, CEO. The second was awarded to JETCAM Pacific Pty Ltd in Australia for their implementation at Quintrex Aluminium Boats, who saved tens of thousands of dollars due to high performance nesting. The award was collected by Greg Dennis, Technical Manager. 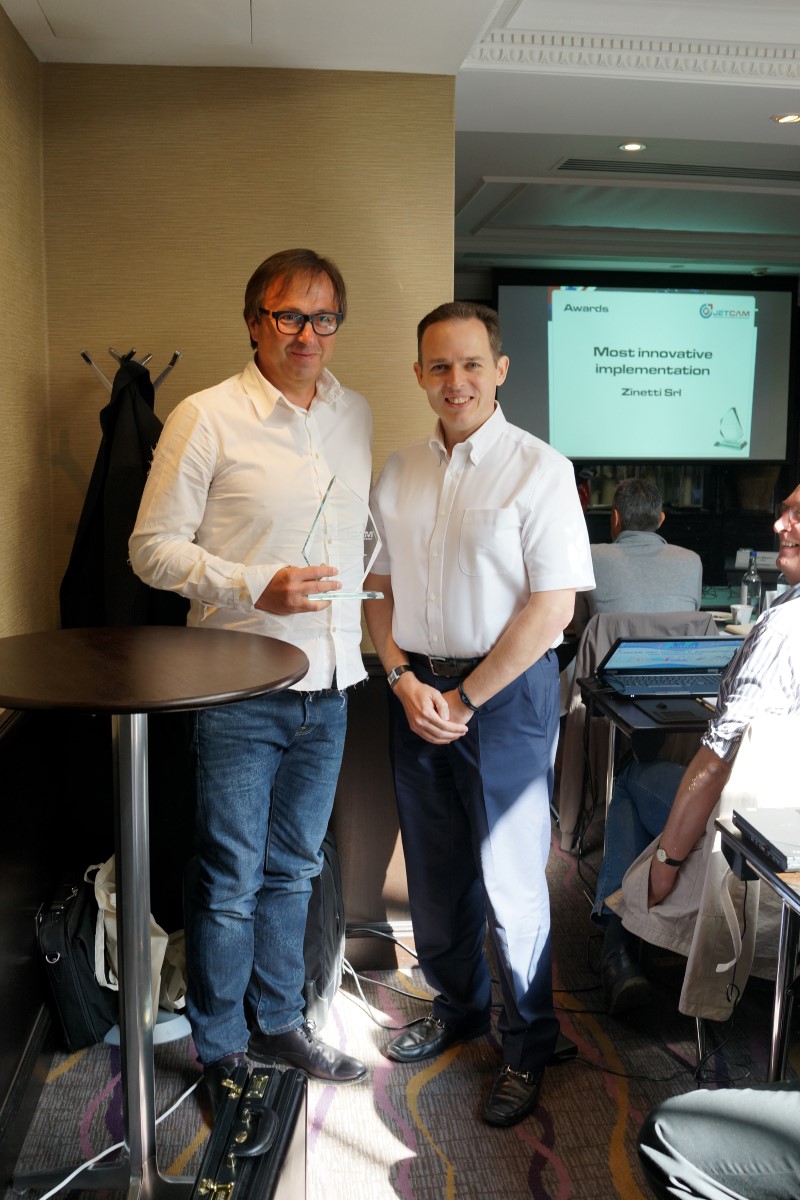 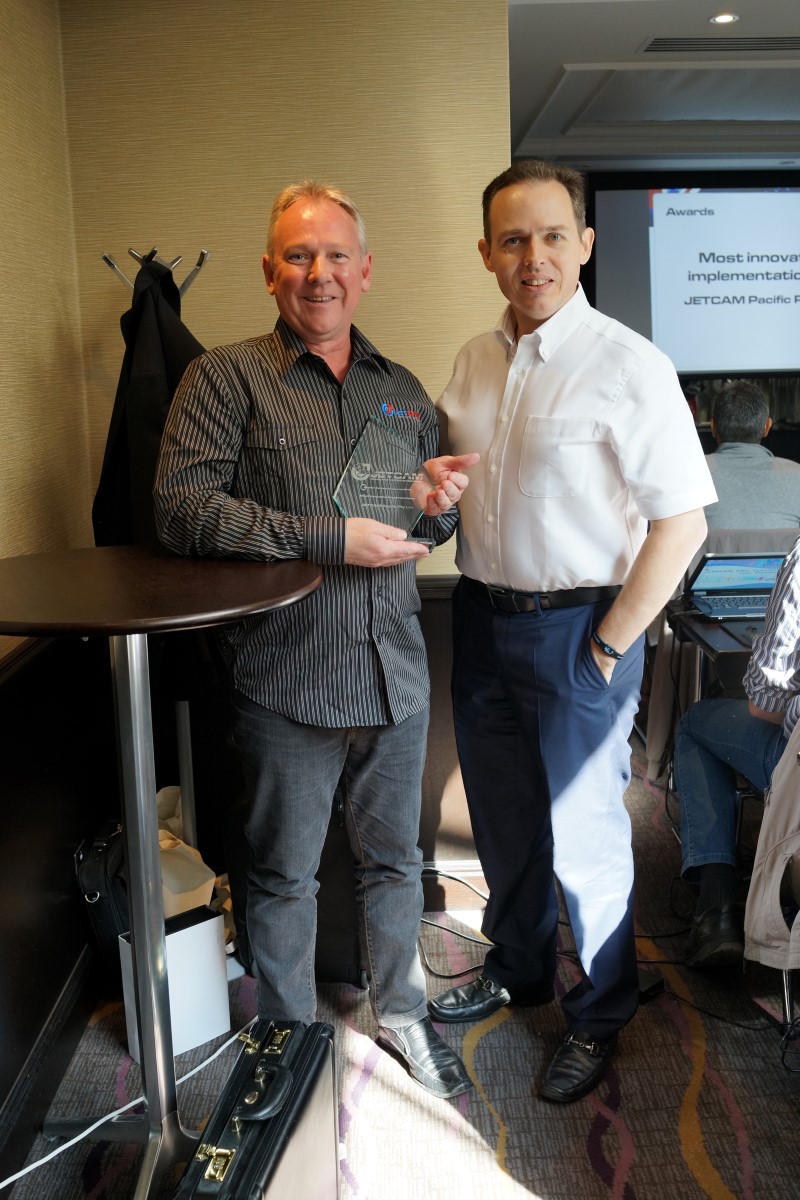 This award was allocated based on the depth of product knowledge by the dealer and the number of support requests raised per customer. The award was closely won by Protech Spt, Czech Republic, and was collected by Martin Ruzek.

JETCAM issues this award to companies that have been dealers for over 10 years who have made an outstanding contribution to the dealer network. The winning company was Camtek a.p.s. in Denmark, who consistently remains in JETCAM’s top ten reseller list. The award was collected by Peter Johansen, MD. 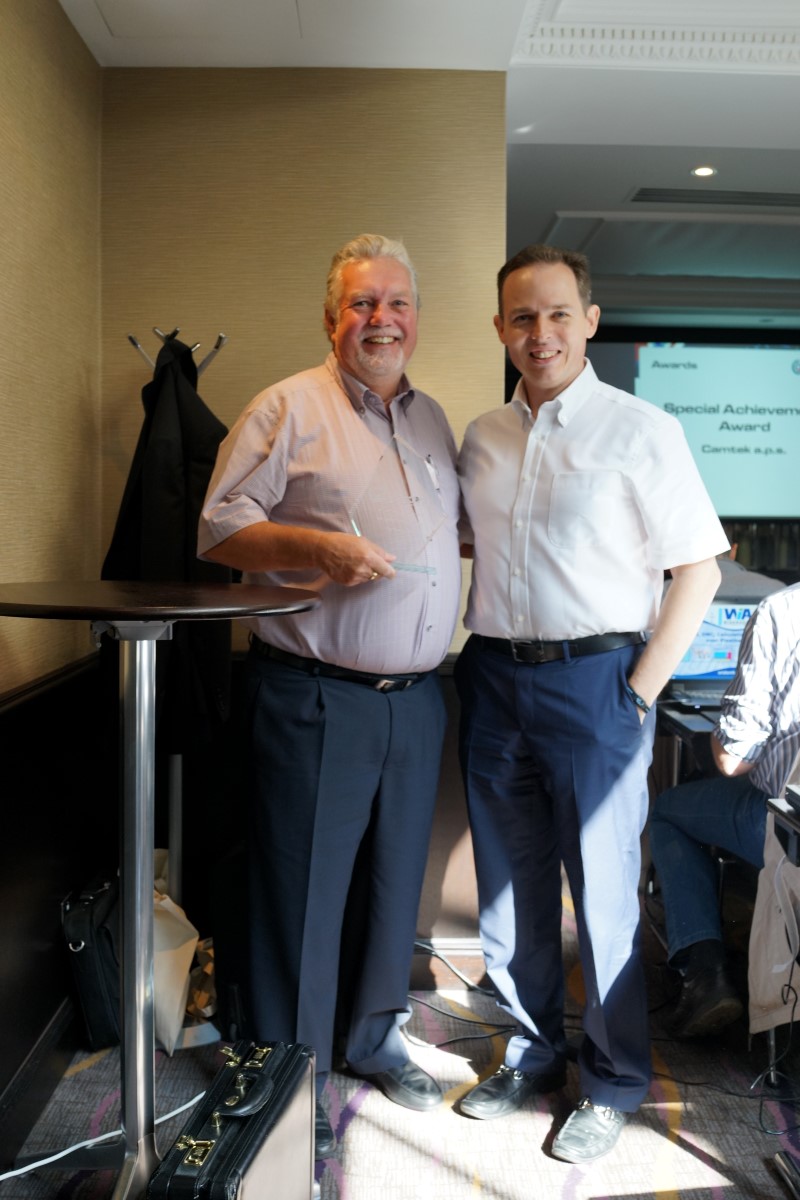 The last award was calculated based on overall sales, support tickets and number of supported customers. Formed 8 years ago, NestOne Solutions in the US serves both the sheet metal and composite markets. The award was collected by Mike Dixon, Vice President. 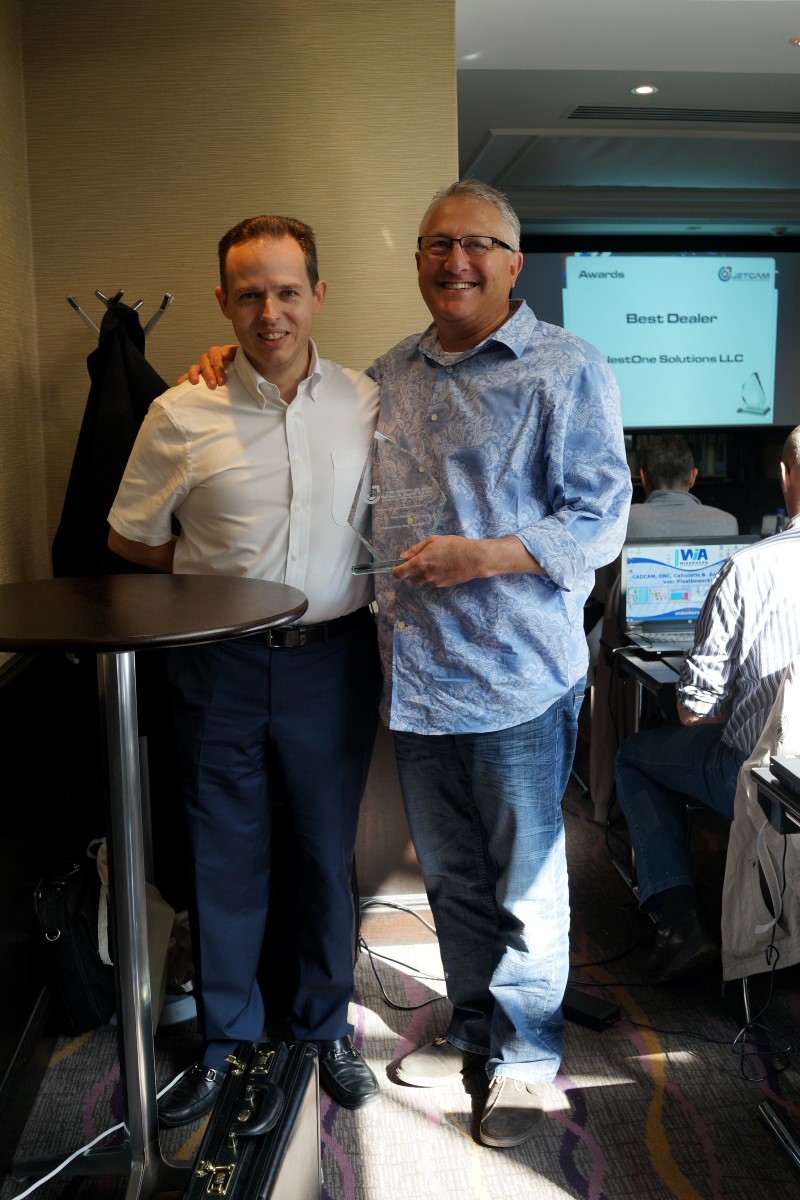 Said Martin Bailey, General Manager for JETCAM International s.a.r.l.; “Despite a double-dip recession we have seen our dealer network go from strength to strength, with several new names added in the last few years. As part of our reseller conference we wanted to formally thank our resellers for their continued efforts. Their expertise continues to help manufacturers around the world to stay ahead of the competition.”