TAW sees CAM software pay for itself in four months

TAW Inc, based in Tampa, Florida, provide metal fabrication services, specializing in the electrical distribution and control equipment sectors. After the purchase of a Cincinnati laser in 2005 to compliment their Amada punch press problems became apparent, with two incompatible systems in operation that provided limited functionality.

Robert Huneke, Engineering Manager commented; “With the original system, programming the Amada was difficult, with only one person being able to use it. This created a massive bottleneck, with any change to either a part or a nest having to go through engineering. Furthermore I refused to use the auto-tooling functions as they were complex and rarely worked as expected. Simple functions such as prompting to save on exit simply weren’t there, so we often lost changes to parts. Neither software could drive the other machine, so we had to reprogram parts from scratch if we could not run them on the intended machine.”

After considering upgrading their Amada software they decided to evaluate the market; “I quickly discounted upgrading the current product and did a search online for alternative systems. I briefly investigated a couple of others before settling for JETCAM.”

In May 2006 two licenses of JETCAM Expert with Free Form High Performance Nesting (FFHPN) were installed. Floating licenses were installed to allow two operators to work concurrently over the network. Training was provided and completed in a single day, with staff able to provide complete downstream training for new staff.

Immediately, the programming requirement was reduced by 75%. Parts could be imported and dynamically tooled, with functions such as applying tabs to corners automatically As a result the company’s entire programming methodology has changed, with shop floor operators all able to create/modify parts or nests, thus removing the bottleneck of a single programmer. Jobs can also be seamlessly moved between the punch and the laser depending on capacity, with JETCAM intelligently applying method-specific technology such as lead-ins, common line cutting or tabs to parts accordingly. Robert noted; “From day one JETCAM was set up to correctly apply tabs - I’ve only ever manually set up one tab when cutting plastic once in two years.”

TAW also saw a 20% reduction in material due to FFHPN’s ability to nest over a maximum specified length of time, coupled with other material saving features such as common line cutting. 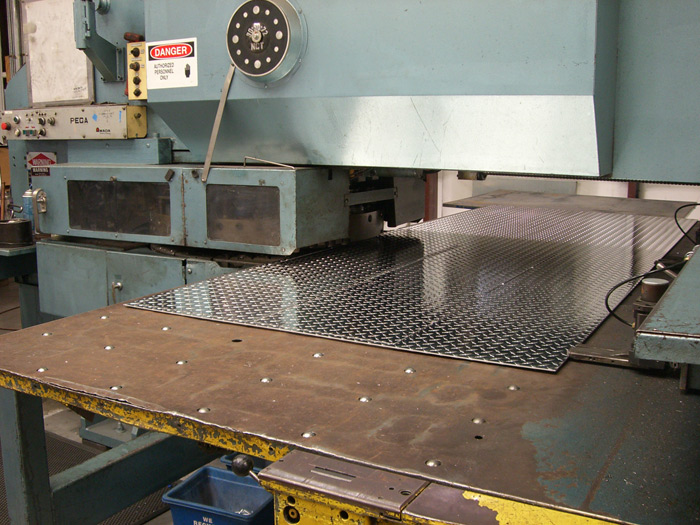 With new parts and nests being created daily, automating the process provides considerable savings, with TAW seeing a return on investment in only four months.  Robert concluded; “We’ve had great support from the local reseller, with any questions resolved the same day. Normally when you bring in new products you meet with resistance, but all of the shopfloor and engineering staff like JETCAM because of the ease of use and the time it saves.”